Pesticides kill almost 100 million birds every year in the United States — and a federal loophole ensures this crisis will continue.

Chemicals may drift away from farms and land on birds’ skin and feathers, they might seep into soil and water where they kill the insects and invertebrates birds love to eat. Sometimes, birds directly ingest them when the pesticide is a granule or coated onto a seed.

Birds are far from the only victims of these neonicotinoid insecticides, called “neonics” for short. Every year, millions of pounds of neonics are applied to crop seeds, which can be eaten by birds and other wildlife. Due to a gaping loophole in federal law, these deadly seeds receive almost no regulatory oversight, and the Environmental Protection Agency, or EPA, recently doubled down on its position to leave birds, invertebrates and even people at a higher risk level.

In response to a petition from 2017 that requested pesticide-coated seeds receive the same scrutiny as other pesticide applications, EPA has upheld its decision to keep such seeds classified as “treated articles.” This exempts coated seeds from the regulations and oversight mandated in the Federal Insecticide, Fungicide and Rodenticide Act, which covers everything from pesticide label requirements to funds for victims of pesticide poisoning — all of which are not required for seeds covered in deadly chemicals. 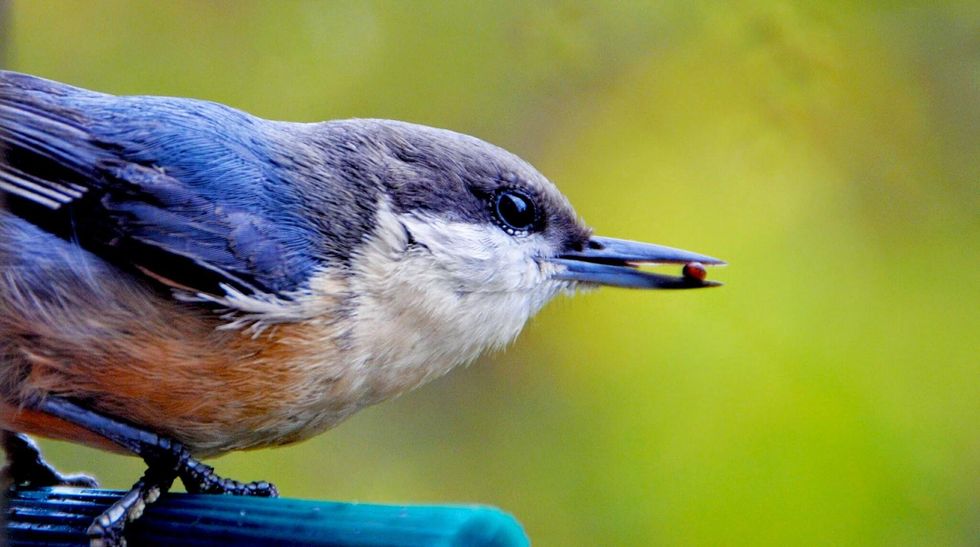 It took five years for the EPA to respond to a petition brought by American Bird Conservancy, the Center for Food Safety, the Pesticide Action Network of North America, the American Honey Producers Association and many others. Even then, it only did so when compelled by a lawsuit brought in 2021 and ultimately decided that their current system was fine, despite growing peer-reviewed evidence that indicates otherwise.

Seed coatings are the main use of these neurotoxic neonics. American Bird Conservancy found that a single seed coated with neonics is enough to kill a songbird. Most of the pesticide (as much as 97%) leaves the seed and blankets surrounding lands as bee-killing dust or it leaches into the local ecosystem. Once in soil and water, it kills insects and aquatic invertebrates, depriving birds of important food sources. Barn Swallows are among the species most heavily impacted by insect loss – 40% have disappeared in the last five decades.

Clarifying the regulatory loophole would give regulators and wildlife advocates a better idea of where, when and in what quantity these chemicals are used. Without a change in this provision, it is impossible to enforce the Endangered Species Act and other wildlife-saving laws fully.

The exemption has resulted in myriad ecological disasters, including loss of birds, birth defects in deer and the poisoning of an entire town in Nebraska where coated corn seeds were turned into ethanol (a state bill has since ameliorated the situation in Nebraska, but there is still no federal action).

For all the harm they cause, many studies on soybeans and corn grown with coated seeds show an insignificant or nonexistent increase in the number of crops grown.

Farmers who do not want to use these seeds are given little choice; most corn and soybean seeds come pre-treated and farmers have to special order untreated seeds. The coatings come at a huge markup, making them lucrative profit opportunities for seed distributors and pesticide manufacturers.

Changing the special status of coated seeds is a long overdue step for wildlife conservation. We are facing a catastrophic loss of birds in North America – there are nearly three billion fewer than in 1970, with prey loss and poisoning as major contributors.

Closing this loophole and moving treated seeds within the grasp of scientific regulation would benefit birds and humans for decades to come. Exempting them puts us all in danger.

Hardy Kern is the Director of Government Relations, Pesticides and Birds Campaign at the American Bird Conservancy. He can be reached at ehardykern@abcbirds.org.