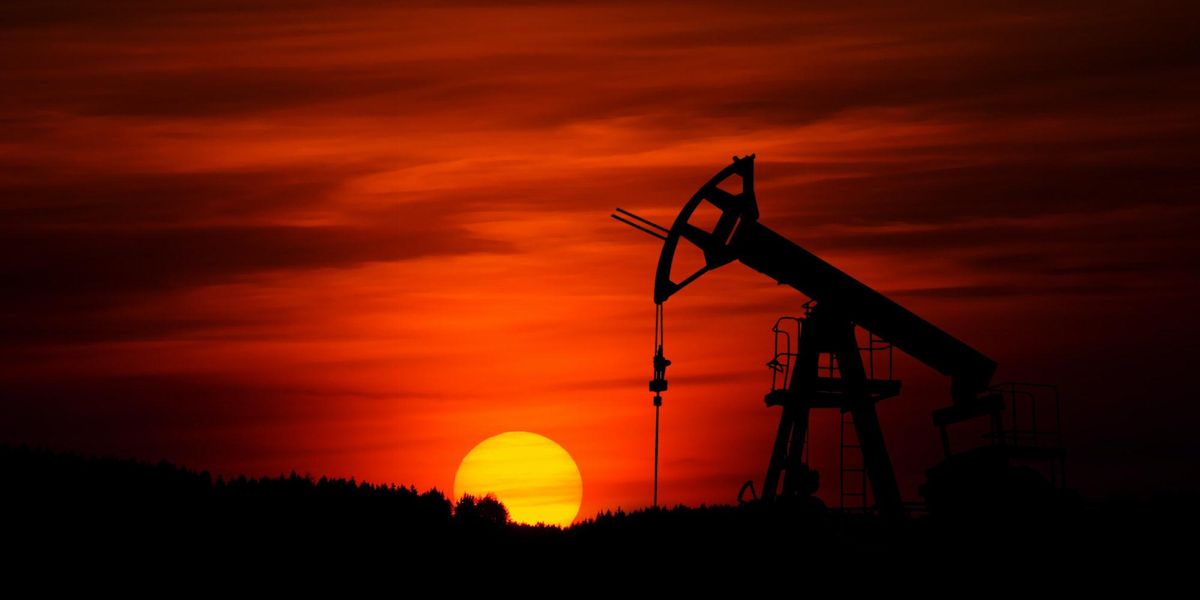 This summer, the report from the United Nations’ Intergovernmental Panel on Climate Change warned that keeping the increase in global temperature under 2 degrees Celsius would be “beyond reach” without “immediate, rapid and large-scale” reductions in global warming emissions.

As the summer winds down in the United States, there seem to be more exclamation points on these trends than one can count: record-sized wildfires in the West, helping to send record levels of carbon dioxide into the atmosphere; the earliest hurricanes ever recorded hitting the South and East, with yet more devastation to the Louisiana gulf coast, record rainfalls and flooding in Tennessee; and the first-ever flash-flood warning for New York City as Hurricane Ida made its way north over land. Meanwhile, as those areas bail water, much of the Upper Midwest is in drought.

The National Oceanic and Atmospheric Administration declared July to be the hottest month ever recorded on Earth, with California’s Death Valley National Park in hitting a record 130 degrees. That was after a June where Portland and Seattle hit respective records of 116 degrees and 108 degrees. NOAA Administrator Rick Spinrad said the string of new records “adds to the disturbing and disruptive path that climate change has set for the globe.”

For an exclamation point on all this, a groundbreaking and heartbreaking new study in the journal Science found that today’s six-year-old children are likely to experience triple the number of climate disasters as their grandparents. As with many climate effects, the worst will be felt in developing countries. Children in sub-Saharan Africa face a future with 50 times more extreme heatwaves than in pre-industrial times.

The study is the first to predict the impact of climate change on children. Kim Cobb, a Georgia Tech climate scientist who was not involved in the study, told the Washington Post that the research poignantly captures “the vast toll of human suffering that is hanging in the balance with our emissions choices this decade.” As she put it: “The moral weight of this moment is almost unbearable.”

Yet, for all the obvious climate impacts, the United States does not yet seem disturbed enough to demonstrably disrupt our burning of fossil fuels. As much as U.S. global climate envoy John Kerry might talk about “the overwhelming urgency of this moment,” the White House response remains underwhelming in many recent respects.

One example: while the Treasury Department said that it will vote against any loans for oil and coal projects by multilateral development banks such as the World Bank or the African Development Bank, it left multiple loopholes for natural gas.

Switching from coal and oil to gas for heat and electricity helped reduce global warming emissions in many nations, including the United States. But scientists now uniformly say that continued reliance on gas is a major impediment to fighting climate change. In addition to the carbon emissions from burning it, the potent, heat-trapping methane released from its production poses a grave threat. In May, the International Energy Agency said keeping global temperature rise under 1.5 C requires such a “total” energy transformation that it means “no new oil and gas fields approved for development.”

Drilling a hole in environmental promises 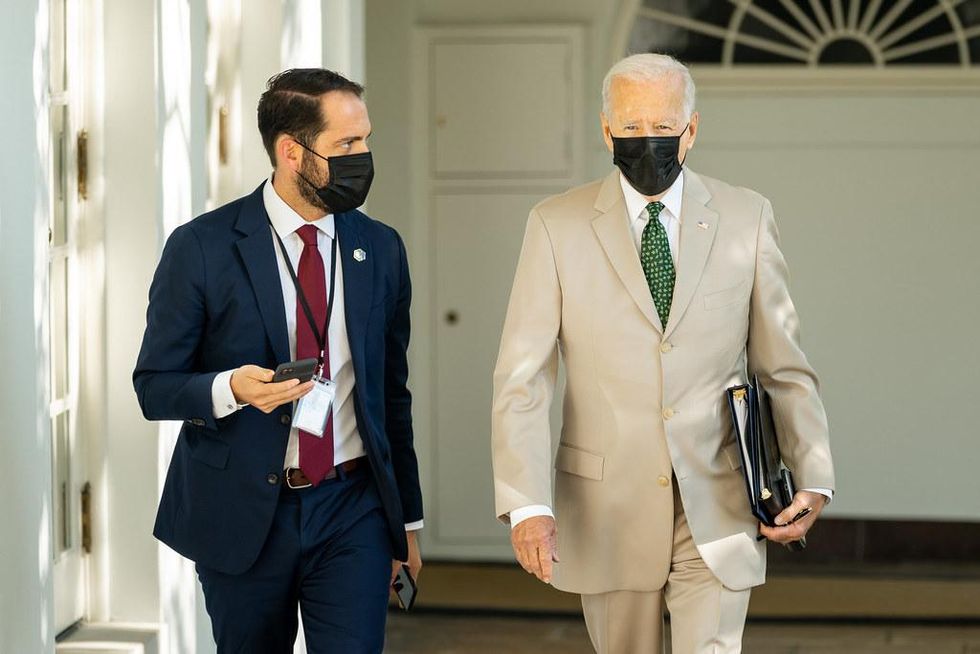 Despite the Biden administration’s grand statements about putting the nation on the road to net-zero emissions, the political difficulty of keeping Democrats from fossil fuel states and moderate Republicans on board with White House energy policies has led the White House to try to have it both ways. A great example is on the issue of drilling for new oil and gas.

The administration pleased progressives with its suspension of drilling leases in the Arctic National Wildlife Refuge (ANWR) even as it tried to curry the favor of moderate Republicans in Alaska for its infrastructure legislation by backing the Trump administration’s approval of leasing land to ConocoPhillips in the National Petroleum Reserve (NPR). Despite the oily name, the Arctic reserve is as rich in wildlife as the official wildlife refuge.

On August 18, a federal judge threw out ConocoPhillips’s permits, saying the Trump administration did not properly assess the environmental impact on polar bears and used a faulty model for estimating greenhouse gas emissions. The Biden White House has not said if it plans to continue to support the project. Given that it is already conducting an official review of ANWR, the administration should go ahead and do a fresh analysis of the NPR, which is likely to show that the wildlife there is too precious to disrupt.

In the contiguous 48 states, other contradictions of Biden’s middle-of-the-road strategy on drilling are unravelling. The administration suspended new oil and gas leasing on public lands, but that ban was thrown out by a federal judge this summer in a lawsuit brought by many oil and gas producing states.

The White House said it will follow the court order and resume leasing while preparing an appeal. But the energy it will put into an appeal is already an open question. On August 31, in a statement on the leases, the Interior Department downplayed the IPCC report, saying, “This report does not present sufficient cause to supplement” environmental impact statements.

That statement could have been written by oil and gas industry hacks. With the Gulf coastline once again in tatters, with mid-South creeks overflowing, New York City subways flooded, hundreds of millions of marine animals dying in the heat of the Pacific Northwest, and small towns beginning to face bankruptcy from the unaffordable cost of storm recovery, the Biden administration’s credibility is getting thinner by the storm. If not now, when will this White House decisively declare new oil and gas projects off limits?

The question becomes even more pointed when one considers that the administration has also undercut its Arctic refuge drilling moratorium and its cancellation of the Keystone XL pipeline by being silent on record-setting fracked gas shale production in Appalachia and quietly approving some 2,100 drilling permits on public and tribal lands.

For months, Interior Secretary Deb Haaland has promised an as-yet-unreleased review of oil and gas leasing, pledging a “balance” of more renewable energy development on public lands even as “gas and oil would continue for years to come.” But as that review continues to be delayed, an Associated Press analysis found that the nation was on pace for 6,000 permits this year[SS1] , the most since the last year of the George W. Bush administration. And with gasoline prices rising and midterm elections on the horizon, Biden recently asked OPEC and Russia to increase production to keep pump prices down. The cartel declined the request, though it already had plans to increase production this summer and fall.

S&P Global Platts analyst Parker Fawcett told the AP that the Biden administration is “walking the tightrope”—tending to take progressive stands against projects that don’t yet exist, but not yet taking major action on existing fossil production and combustion. Fawcett predicted that U.S. oil production will continue to rebound as the administration backs off “taking drastic action that would rock the market.”

Trying to defend Biden’s domestic fossil fuel strategy, Jim Lyons, a deputy assistant Interior secretary in the Obama administration, told the AP, “It’s the long game. … You’ve got to appease some of those oil and gas state senators. It means jobs back home for thousands of workers. You can’t just pull the plug overnight.”

But, as political appeasement proceeds, science says the planet is pulling the plug on us. Some figures within the federal government are willing to say so. “Unless we make immediate, rapid and large-scale reductions in greenhouse gas emissions, limiting warming to 1.5C will be beyond reach,” Ko Barrett, vice chair of the IPCC and NOAA’s senior adviser for climate, said when the IPCC report was released. “Each bit of warming will intensify the impacts we are likely to see.”

The immediate reductions must start with the United States—the world’s top producer of oil and gas, the world’s per capita leader in carbon dioxide emissions, and still the historical Goliath of carbon pollution, having spewed a quarter of the planet’s emissions since colonial times, despite having 4 percent of the world’s population today.

Whatever long game the Biden administration hopes to play, the planet is telling us that we are going into the fourth quarter with no promise of overtime. Code red for humanity has to translate into a red light on fossil fuels. Under this administration, though, the United States is too often acting like the arrogant speedster who, after taking a look at the changing yellow light, blasts right through.

This post originally ran on The Union of Concerned Scientists blog and is republished here with permission.