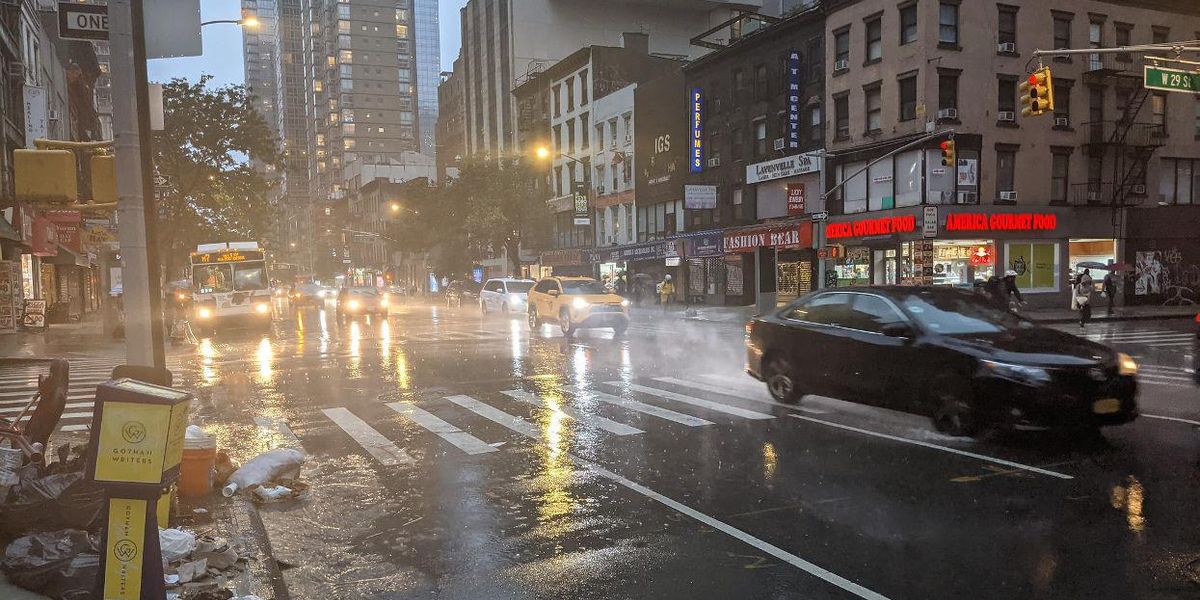 Until Wednesday night, climate change was a road show: Fires in California, floods in Germany, and melting ice caps in wherever.

But suddenly, hellacious rain jumped the turnstiles beneath Times Square and poured sideways under the partial roof meant to keep the U.S. Tennis Open dry. The bridge-and-tunnel people over in New Jersey woke up to two feet of mud in the streets and trees felled by tornados.

If you can’t bring the media to the climate change, let’s try bringing climate change to the media, shall we? New York-based anchors were gaga-eyed over the torrential rain and “apocalyptic” weather. The wall-to-wall coverage on cable news big-footed the other immense stories in play: COVID-19, Afghanistan, Hurricane Ida’s aftermath on the Gulf Coast, and the Supreme Court’s big first step toward undoing Roe vs. Wade, the historic 1973 ruling that gave constitutional protection for abortion rights.

Most of the news media is playing “Ida Takes New York” like it was “Godzilla Takes Tokyo.” I’m fine with that. My problem is that Climate Godzilla is striking somewhere around the world every couple of days, with yawning indifference from the U.S. broadcast media. A partial list for the first two-thirds of 2021:

And just how long of a warning have we had? Here’s one screamer from New Jersey:

On October 23, 1989, New Jersey Governor Thomas Kean – that’s Republican Governor Thomas Kean — issued an executive order directing the state to prepare for the impacts of climate change, including sea level rise and “an increase in the intensity of hurricanes and other major storms.”

Twenty-three years later Superstorm Sandy destroyed piers, boardwalks, and thousands of homes along the largely unprepared Jersey Shore. Nine years after that, here we are.

Will climate finally light some editorial bulbs on the Great White Way? If it can make it there…