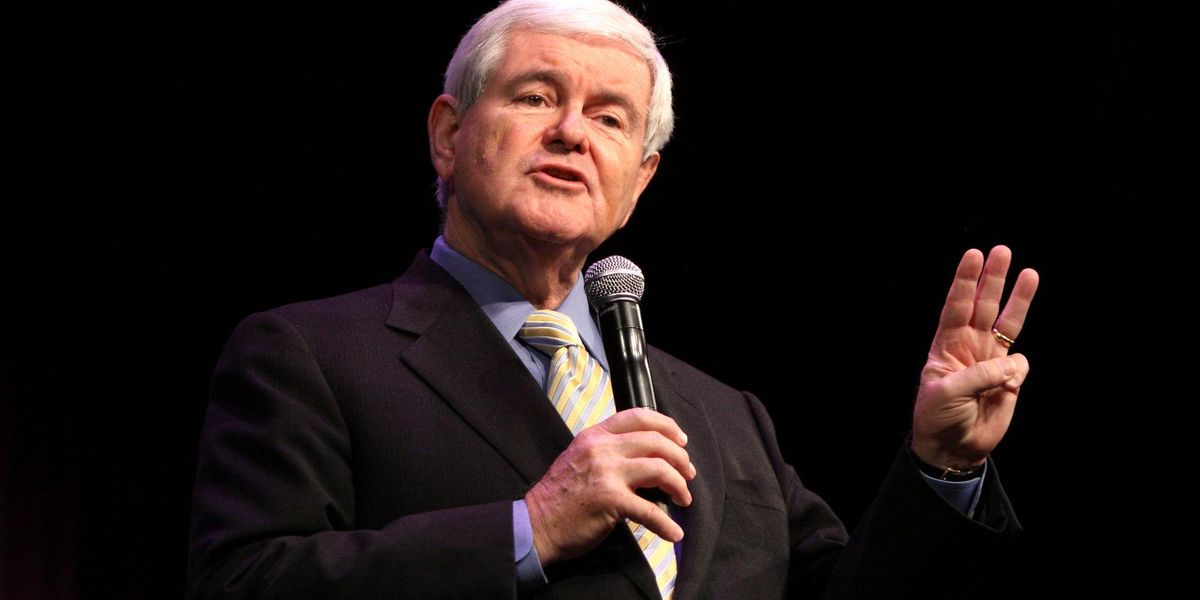 In the 1970’s, Newt Gingrich was a history professor at West Georgia College, rocking some lamb chop sideburns and rad black-framed glasses.

He also advised the campus Sierra Club chapter and played a key role in defeating a dam proposal for the Flint River in middle Georgia. After an unsuccessful congressional run in1978, he rode into Washington two years later as a sort of pro-Reagan, pro-green hybrid.

In his first term, Gingrich even outscored young Congressman Al Gore on the League of Conservation Voters scorecard. But once he caught a whiff of the anti-regulatory zeal drifting in with the Reagan Revolution, Newt was a changed man. As principal author of the 1994 “Contract with America,” Speaker of the House Gingrich led an assault on environmental regulation.

But at least a few of Gingrich’s treehugger roots survived. In 2008, he taped an ad with House Speaker Nancy Pelosi. Seated on a couch improbably set in front of the Capitol, the two Speakers tell us they agree on the need to act on climate change.

In the midst of an unsuccessful presidential run in 2011, Gingrich renounced the ad, calling it “the dumbest thing” he’d done in politics.

Gingrich’s Olympian backpedaling has been matched by some of his party’s biggest stars.

The climate sub-cabinet that never was 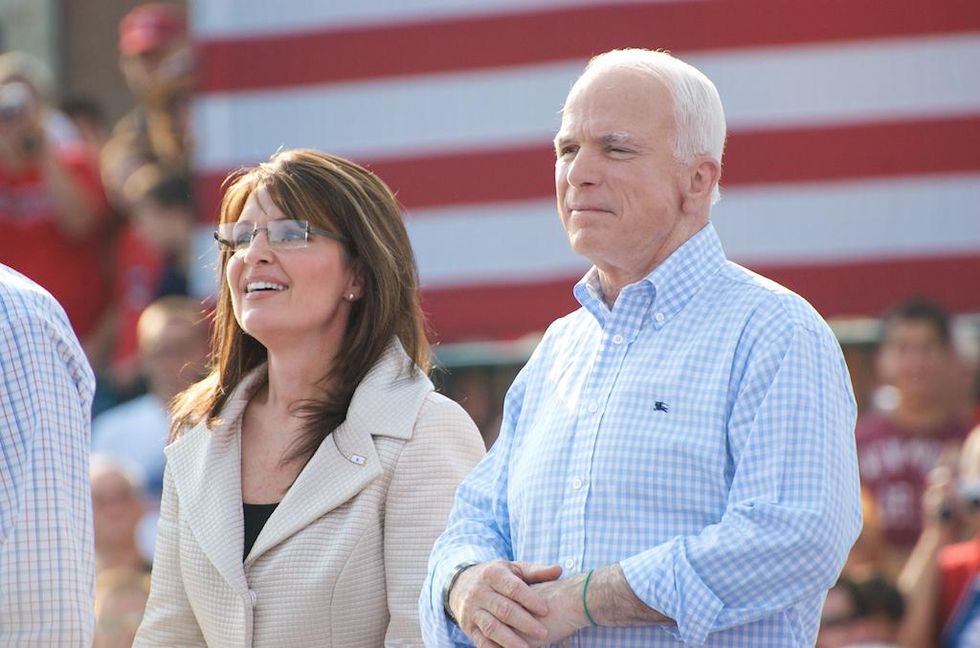 The late Senator John McCain co-sponsored some of the first climate change legislation in 2004. Faced with a tough Senate reelection bid in 2010, McCain retreated to a climate denial standard, declaring climate science “uncertain.”

In 2007, Alaska’s new governor was so taken by climate change threats that she signed an Executive Order creating a “Climate Change Sub-Cabinet.” It read, in part:

“Scientific evidence shows many areas of Alaska are experiencing a warming trend. Many experts predict that Alaska, along with our northern latitude neighbors, will continue to warm at a faster pace than any other state, and the warming will continue for decades. Climate change is not just an environmental issue. It is also a social, cultural, and economic issue important to all Alaskans.”

But a year later, Governor Sarah Palin came down with a whopping case of administrative amnesia as she ran for vice president. There’s no record of the Climate Change Sub-Cabinet ever meeting. But Palin’s social media feed remains a den of denial, with a 2013 Facebook post, “Global warming my gluteous maximus,” being a personal favorite of mine.

In 2004, Mitt Romney was a Republican governor in the Democratic stronghold of Massachusetts. Not only did he usher in a forward-looking state healthcare plan, but he presented a climate action plan that, 17 years later, hasn’t been matched by most states.

By 2012, in his acceptance speech as the Republican presidential nominee, Mitt Romney mocked President Obama’s concern about climate change. “President Obama promised to begin to slow the rise of the oceans,” he said, then paused for the audience to laugh at the absurdity, “and to heal the planet. My promise … is to help you and your family.”

George W. Bush acknowledged climate change in the 1990’s but not while in office. But his dad may be the alpha dog for changing his tune. In his successful 1988 campaign, George H.W. promised us that the “greenhouse effect” would be trumped by his “White House Effect.”

Bush, and that tactical change, lost that election. But the tactic — ignorant, deceitful, and unbelievably damaging – not only lingers on the environment, but on the stunning and lethal rejection of vaccine science that’s crippling us today.