Of water and fever 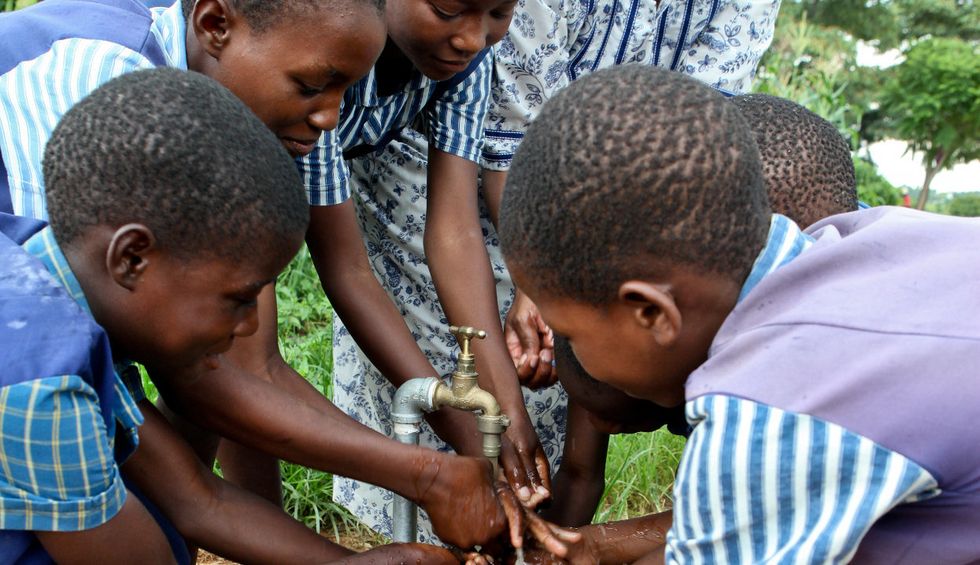 Bulawayo is the second largest city in Zimbabwe. It’s gripped by an epic drought, and its citizens have access to tap water one day per week.

One day a week.

Think of how often you use water to drink, launder, bathe, cook, flush.

One day a week.

A year ago, southern Africa was in such deep drought that Cape Town’s 4.5 million people came within weeks of running their water supply dry.

The five million people of Jordan’s capital, Amman, have often lived with restrictions allowing water use as rarely as one hour per day.

The 161 million people of Bangladesh face an increasingly likely future of rising seas, more intense typhoons, and decreasing freshwater supplies from rivers fed by the dwindling glaciers of the Himalayas.

Rising seas plus increased demand on coastal freshwater supplies could equal saltwater intrusion—the ruin of drinking water. This month, Yale Environment 360 reported water supplies for Philadelphia and much of South Jersey could be compromised as the Delaware River’s “salt front” moves upstream.

The salt front is the farthest extent that tidal saltwater reaches the fresh river water. It’s currently 40 miles from the closest drinking water intakes. Three feet of sea level rise could bring the front to within a dozen miles, while a protracted drought could draw it much closer.

From the Carolinas to northern Florida, the equation is rising seas plus draining aquifers. Drinking water from these subsurface lakes has enabled booming coastal growth.

There’s increasing concern that encroaching seawater could forever spoil the aquifers. In addition, an influx of saltwater could upset the salt/fresh water balance in estuaries, not only in the Southeast U.S. but along coastlines worldwide.

This would spell catastrophe for the shellfish industry. Oystermen in the Florida Panhandle have already been in a quarter century long battle over water rights in the Apalachicola-Chattahoochee-Flint River basin. Upstream water users, notably metro Atlanta, stand accused of taking too much water, leaving Apalachicola Bay too salty to grow its prized oysters.

Finally here are three items from Michigan, the state surrounded by four of the five Great Lakes.

Well, if you guessed that Midland is a company town, you’d be right, and for 123 years, Dow Chemical has graced Midland with multiple sites full of its leavings. So far, Dow has acknowledged that the floodwaters “commingled” with waste at at least one site.

The Midland floods raise two questions. First, how many other unsafe, nearly century-old dams are waiting for climatologists’ predictions of more frequent and intense downpours? Also, those downpours may unearth toxic soup at any one of thousands of waste sites, legal or otherwise, known or unknown.

It’s been six years since we learned of Flint’s criminal scandal in allowing lead pollution in aging water hookups to thousands of homes.

Not only are many of these largely poor and minority residents still drinking bottled water, but Flint’s plight has been found to exist in hundreds of communities across the nation.

And finally, a slightly upbeat item from the Great Lakes region: The U.S. Senate has signed off on a potential increase in funding to combat the spread of invasive Asian carp into the lakes. But cash-strapped states may have trouble keeping their end of the funding alive.

Is there an upside? Between a pandemic of failing dams and a pandemic of poisoned pipes, we have infrastructure projects that could help revive a tanked economy.

Banner photo: Students wash their hands at a new well and water pump installed at a Bulawayo, Zimbabwe, school in February 2012. (Credit: Save the Children/flickr)