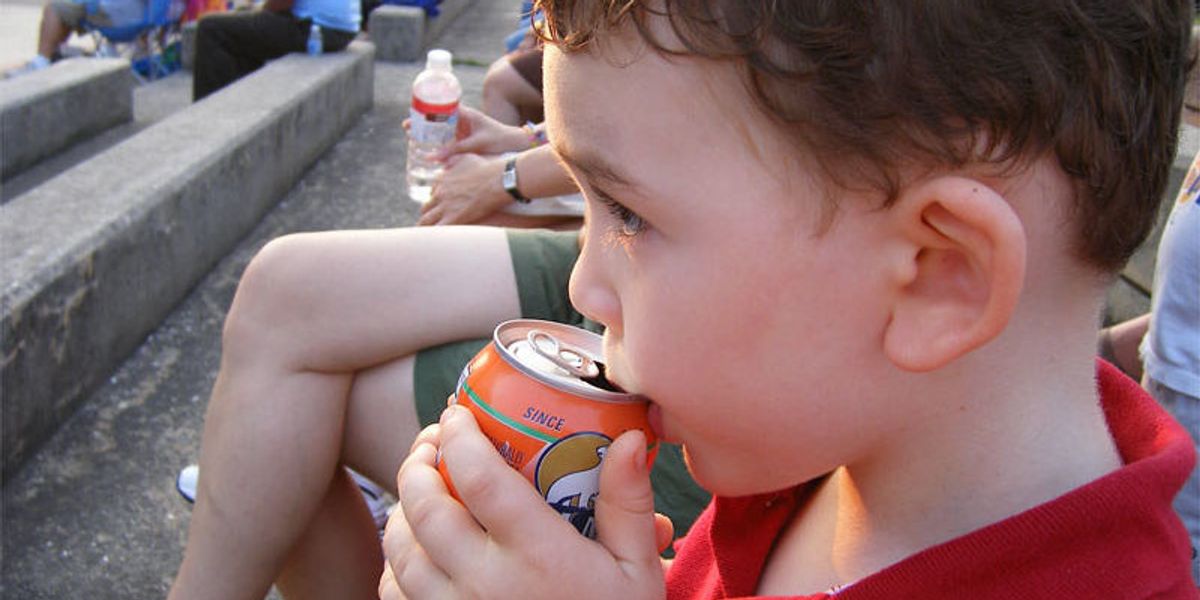 Despite rampant diet-related disease in the U.S., a new report finds that soft-drink companies—led by corporate giants PepsiCo and CocaCola—are ramping up efforts to promote sugary drinks to the tune of $1 billion per year.

That advertising, according to researchers at the UConn Rudd Center for Food Policy & Obesity, increasingly targets communities of color.

The regular consumption of sugary beverages such as soda is associated with increased risk of heart disease, type 2 diabetes, and even premature death. Soft drink companies have resisted policy measures to reduce consumption and mitigate harm, such as New York City’s attempt to ban extra-large sodas in 2012, and Philadelphia’s soft drink tax that took effect in 2017.

Companies such as PepsiCo and Coca-Cola instead advocate for consumer choice based solutions and point toward the companies’ no-and low-calorie drink options as evidence for their commitment to public health.

The current COVID-19 pandemic has intensified the spotlight on diet-related disease as the U.S. Centers for Disease Control and Prevention (CDC) has cited high levels of obesity and diabetes in victims of the virus.

The new report, which evaluated the advertising behavior of 48 beverage companies, found that they had collectively increased advertising for sugary, sport, and energy drinks by 26 percent between 2013 and 2018.

“Beverage companies have heard loud and clear from the public health community that sugary drinks are a major contributor to…diet-related diseases, and so they’ve promised that they will help [reduce sugary] beverage calories consumed by Americans,” Rudd Center senior research advisor and lead author on the study, Jennifer L. Harris told EHN. “We felt it was…an important time to go in and look at exactly what they’re doing in terms of their advertising.”

In addition to overall increases in advertising spending, the report found that even though there was a 52 percent decline in the amount of time teens spent watching TV over the study period due to the popularity of streaming services, teen exposure to sugary drink advertising on TV had not declined at the same rate.

The researchers also found that advertising on Spanish-language TV had increased 8 percent between 2013 and 2018, and 80 percent since 2010, resulting in a 10-fold increase in exposure for Hispanic youth.

The researchers expressed concern about high rates of soft drink ad exposure in Hispanic and Black communities, particularly children and teens, because those communities are already disproportionately impacted by diet-related health issues, a concern echoed by Gary Ruskin, co-founder of US Right to Know, a non-profit investigative research group focused on the food industry.

“What we see is [beverage companies] generate a great deal of PR, suggesting that they’re friends of Black and Latino people and culture and at the same time they turn childhood into a free fire zone for advertising…sugary drinks, with the predictable results,” Ruskin, who was not involved with the study, told EHN.

The CDC notes that rates of diabetes in the United States are increasing, sickening 34.2 million people, or 10.5 percent, of the U.S. population, as of 2018. The vast majority of these cases (90-95 percent) represent diet-related type 2 diabetes. Heart disease, also linked to sugary beverage consumption, is the leading cause of death in the United States killing about 647,000 Americans each year.

The study found that Coca-Cola and PepsiCo were responsible for a combined total of 61 percent of the advertising expenditures evaluated in the report. Coca-Cola, who has pledged to work “with all sectors of society to find solutions to obesity” was found to have increased sugary drink advertising by 81 percent over the study period.

The report recommends taxes on sugary drinks and investing the revenue in community programs and services, prohibiting the sale of energy drinks to minors, and corporate responsibility initiatives that address sugary drink marketing to communities of color.

“It’s well past time for the industry to stop putting profits ahead of our kids’ health and put their advertising dollars behind products that contribute to good health rather than undermine it,” said researcher Fran Fleming-Milici, in a statement.