“Nothing is so frightening as what’s behind the closed door… The audience holds its breath along with the protagonist as she/he (more often she) approaches that door.

Right now, we are in the COVID-19 corridor, holding our breath as we approach Stephen King’s closed door. Every day brings news of more cases, more deaths, more restrictions, and more fear.

Coronavirus is terrifying – and more so because we, as a nation, seem woefully unprepared. In 2018, the White House National Security Council removed the official in charge of responding to global pandemics and dissolved the global health security team he oversaw.

This is just one example of President Trump’s contempt for science.

His dangerous disregard for the truth — not just with regard to this virus, but also for air pollution, pesticides, and other environmental public health hazards — is placing all of us at risk.

But it used to be worse.

There was a time not so long ago when Los Angeles was shrouded in thick, sickening clouds of smog. In some cities in the eastern U.S., pollution reached levels double that of the worst days in modern Beijing, one of the most polluted cities in the world. Among the primary causes were emissions from industrial facilities, coal power plants, and vehicle tail pipes.

Using science as their guide, legislators from both parties came together to improve air quality around the country. A major breakthrough came with the Clean Air Act, signed into law by President Nixon in 1970 and strengthened under President Bush in 1990.

Since 1990, as the U.S. population has grown by 30 million, the numbers of registered vehicles by 80 million, and the size of the nation’s economy has quadrupled, air pollution emissions have dropped by more than 70 percent, preventing more than 4.2 million deaths.

Yet, President Trump is undoing it all. 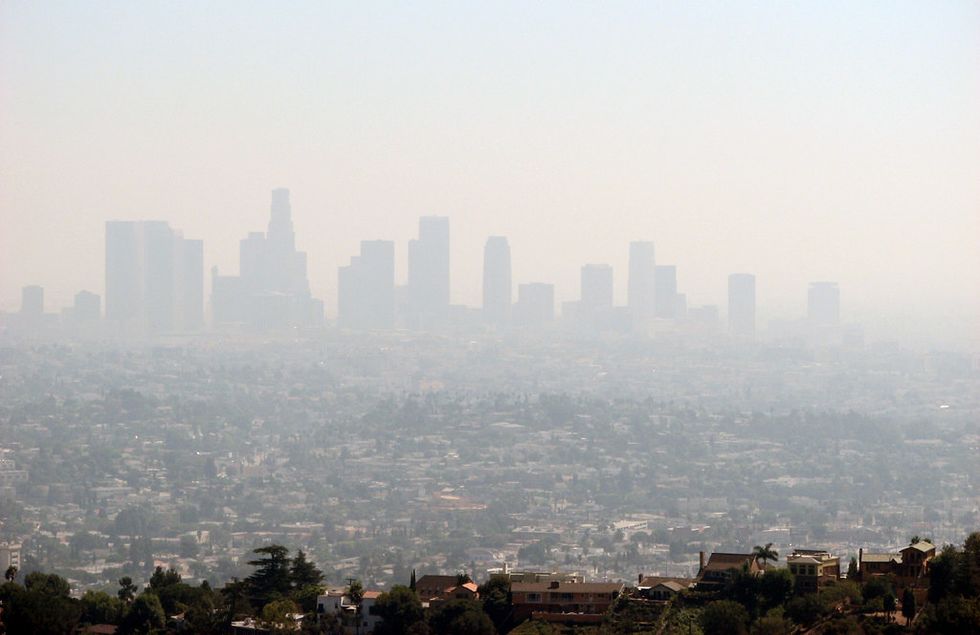 In February, just as coronavirus fears were escalating, the Trump Administration released its 2021 budget. It calls for cutting U.S. Environmental Protection Agency funding by 26 percent, a reduction that will severely hamper the agency’s ability to conduct cutting-edge research and implement programs that will save lives and improve the health of millions of Americans.

As for those tailpipes that contributed to L.A.’s old toxic haze, Trump is preparing to roll back standards for vehicle emissions and has already revoked California’s ability to set more stringent vehicle emission rules and allowed unrestricted use of a gasoline blend that will increase levels of smog. EPA’s programs to control smog and other vehicle-related emissions save 40,000 lives each year.

Eerily echoing the dismantling of the pandemic response team, the Trump EPA has disbanded the longstanding expert panel that provides guidance for national standards under the Clean Air Act.

Without its input, the EPA has ignored the newest science, sticking with an outdated standard for particulate matter that will cause thousands of additional premature deaths per year.

When the coronavirus threat is defused—as it surely will be—we will still face airborne killers. Our only effective protection against the familiar foe of air pollution, the monster we’ve seen, is prevention, reducing harmful emissions from sources like power plants and vehicles.

Just as with our rush to contain the coronavirus, our lives depend on it.

Marc Shaffer is a documentary filmmaker and journalist based in Oakland, California. Rachel M. Shaffer, MPH, is a PhD candidate studying air pollution in the Department of Environmental and Occupational Health Sciences at the University of Washington Seattle School of Public Health.