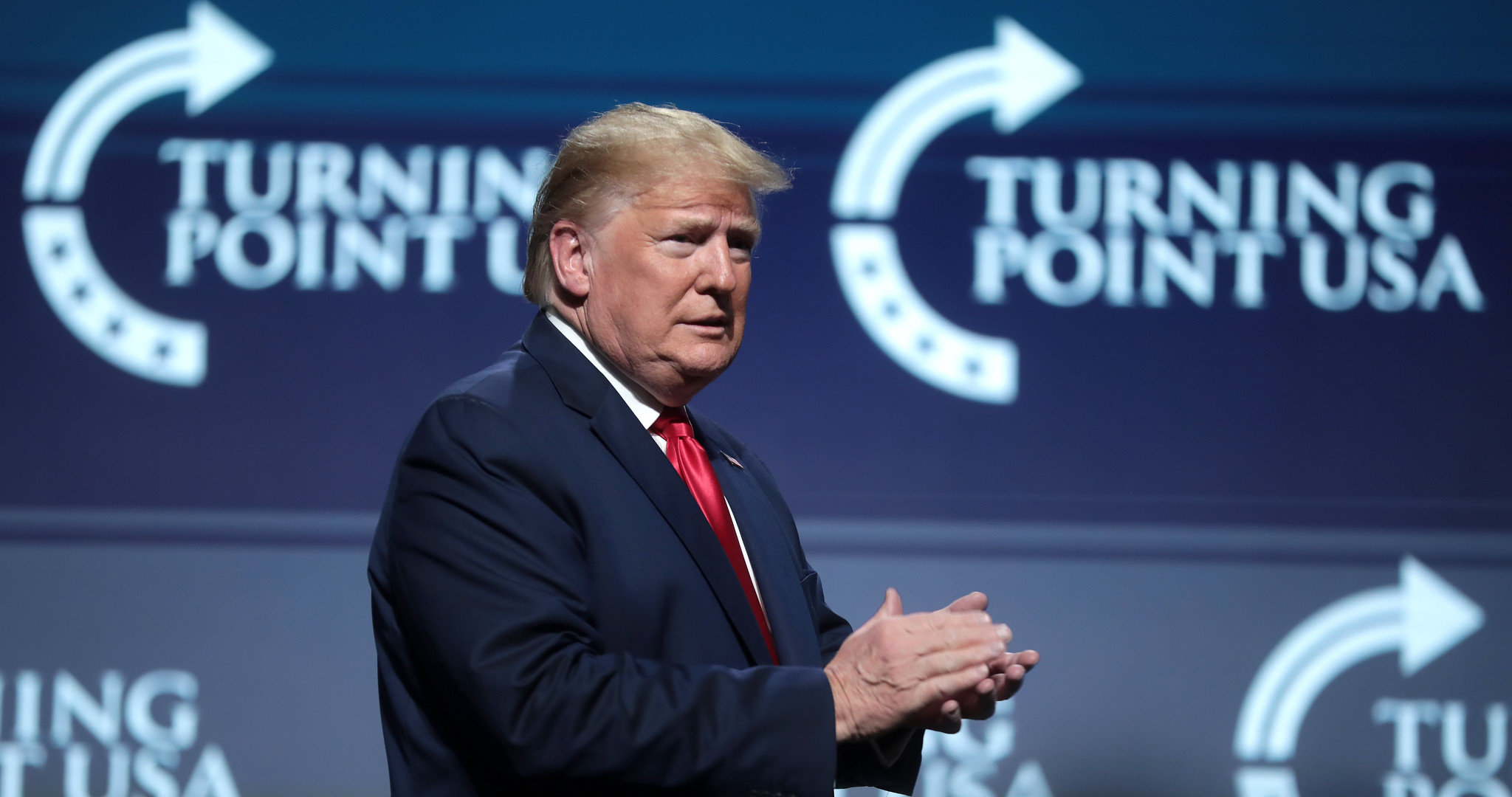 Donald Trump has been portrayed by some as “hijacking” the Republican Party.

This argument casts the forty-fifth president of the United States as a radical populist whose views and methods belie the history and ideological roots of the Grand Old Party.

On matters related to science and regulation, this claim is patently false. The Trump administration’s policies reflect a half-century of Republican hostility toward any scientific evidence that does not align with the needs of the party’s financial benefactors.

The coalescence under Trump amounts to nothing more than a rebranding. Disdain for science isn’t new in American society; it has been a long-running thread in its social fabric throughout modern history. Here I am not talking about the populist anti-intellectualism described by historian Richard Hofstadter in his Pulitzer Prize–winning book Anti-Intellectualism in American Life.

This is a different strain of anti-intellectualism, first identified by neoconservative Irving Kristol, through which leaders of corporate capitalism defend their power by stirring opposition to another elite that he labeled “the new class”—intellectuals, journalists, scientists and others who attempt to change the society in ways that adversely impact the corporate class.

What is notable today is that this strain of anti-intellectualism, intertwined with white nationalism, is now a core component of the platform of what used to be the party of Lincoln. 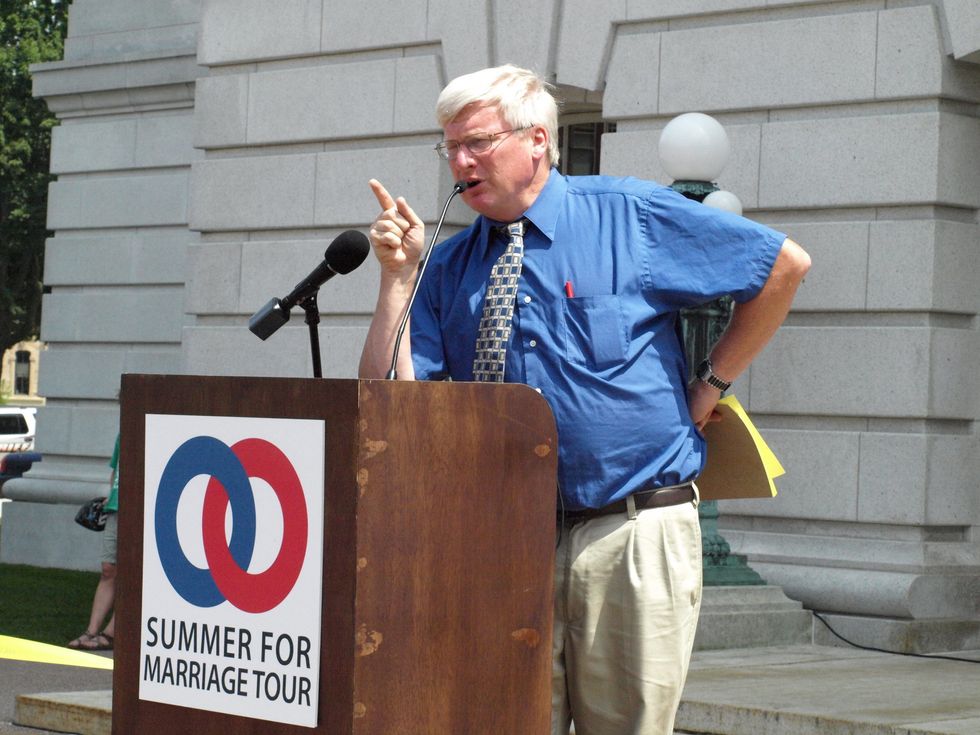 I had a first-hand encounter with the Republican ideology when I testified on OSHA’s policies and performance before the House of Representative’s Education and the Workforce Committee (since renamed the Committee on Education and Labor).

This was in 2018, after I had returned to academia after heading OSHA for more than seven years. I was the sole Democratic witness on the panel that day. I was joined by the three Republican witnesses, one representing the Chamber of Commerce and the other two industry trade associations.

At one point, Representative Glenn Grothman (R-WI) walked into the hearing room after missing much of the testimony, looked at the panel, and noted with a loud sigh that the Democrats had done it again: they had invited a professor, a word he enunciated with some derision.

His attitude was clear: the business representatives were expert, knowledgeable, and worth listening to, while I was but yet another pointyheaded intellectual who couldn’t really know much about OSHA, seven years at the helm of that agency notwithstanding.

Grothman, unsurprisingly, is a soldier in the Republican campaign to defend the tobacco industry. He opposed legislation for increasing spending on antismoking campaigns from $10 million, a pittance, to $30 million, a larger pittance.

His reasoning: “Everybody knows you’re not supposed to smoke!”

Grothman was one of a handful of Republicans who opposed 2009 legislation that outlawed smoking in bars and restaurants in Wisconsin. 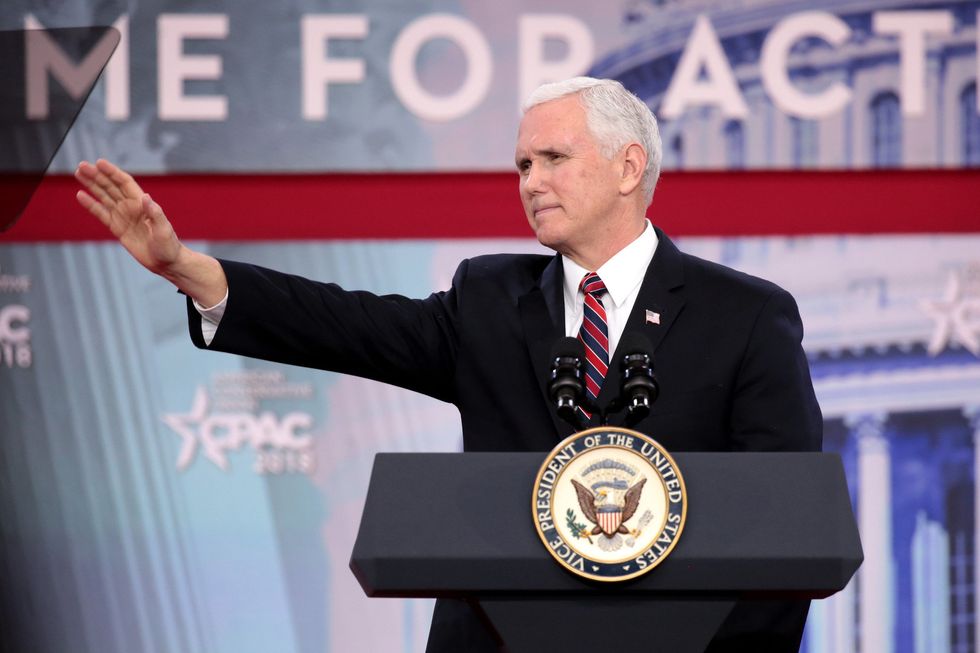 Grothman’s anti-intellectualism and defense of tobacco are linked. Antipathy to science for the sake of corporate (and political) profit was honed and perfected by Big Tobacco and the fossil fuel industry in the second half of the twentieth century.

This has become the ideology of the Republican Party. And in the latter days of the tobacco industry’s peak lobby efforts, it had no greater ally in government than Trump’s vice president, Mike Pence.

Pence was a favorite of the industry and its aligned network of exceedingly wealthy individuals and families, led by the Koch Brothers.

Before assuming the vice presidency, Pence was a congressman from Indiana, a chair of the House Republican Conference, and then the state’s governor. His benefactors showered him with financial support, and his political positions returned the love.

As a congressman in 1997, he parroted the industry line and opposed efforts by state governments (including that of Indiana) to force the tobacco industry to pay the costs of smoker’s diseases paid by Medicaid—litigation that eventually delivered billions of dollars to state treasuries.

In an op-ed in the Indianapolis Star, he equated the health effects of smoking to those of eating candy, contending, “Our government was not established for the purpose of eradicating bad personal habits.”

In 2009, Pence and 89 of his Republican colleagues in the House—about half of the Republican caucus at the time—voted against the Family Smoking Prevention and Tobacco Control Act, the landmark legislation that gave the FDA authority to regulate tobacco products. 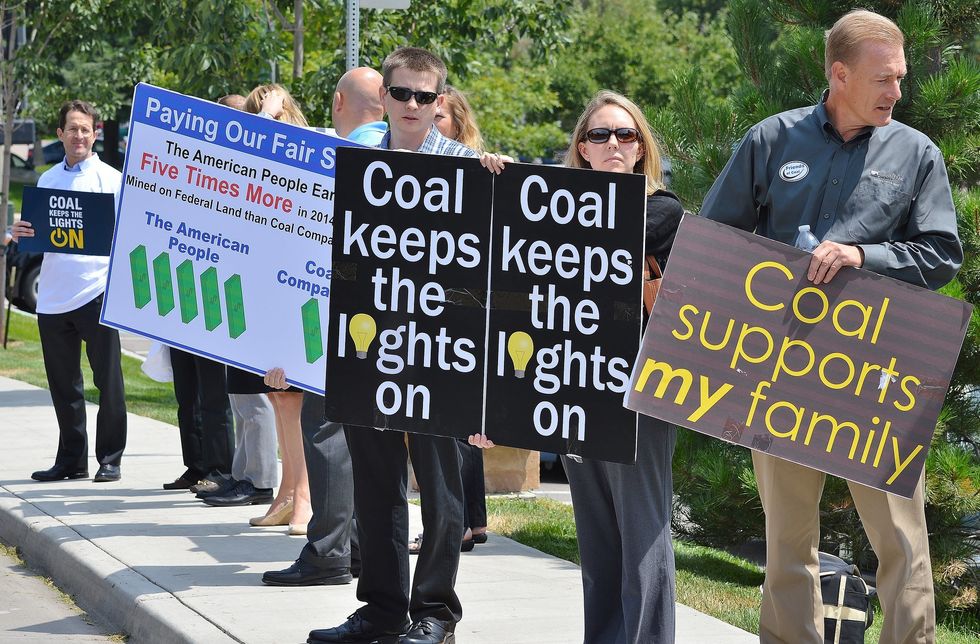 For evidence, look no further than what happened after the president pulled out of the Paris Agreement on climate change in 2017: the controversial, ecologically devastating move was met with widespread cheering—and nary a few whispers of dissent—from Republican elected officials.

The party has long been the political vehicle of choice for industries whose profit margins increase when they’re left unregulated by environmental and public health agencies. These corporations, typically polluters and manufacturers of dangerous products, have long relied on GOP efforts to defang such public health and regulatory agencies. Republicans’ primary objective, cloaked in phony rhetoric about “liberty” and “personal responsibility” and “free-market enterprise,” is to lower corporate taxes and reduce regulatory “burdens,” thereby enabling manufacturers to market dangerous chemicals and polluters to dump the waste haphazardly with little fear of regulation or litigation.

This stratagem shifts the burden of protection from the government to the individual—who, in the very hollow American lore, is encouraged to think of regulation as an attack on individual liberty.

But can everyday consumers decide what food additives are safe? Or prescription drugs?

Perhaps a few can, with some help. By and large, however, the core problems of public health and the environment cannot be solved by individuals.

In fact, we are mostly powerless in protecting ourselves and our children. Air pollution, clean water, climate change, safe food, and so many other issues are problems “of the public good,” as economists put it.

These issues must be addressed by the government, in all of our names. To pretend otherwise is sheer sophistry.

But the genius and deviance of the GOP is that they don’t often engage directly with ugly, specific issues. Rather, they police the public discourse around these issues, framing proposals for regulation as the encroachments of a reactive nanny state.

In other words, you won’t see any Republicans defending unfettered smoking directly; that would be utter stupidity. No, if you want to make the argument that people should be free to smoke wherever they want, you disparage the evidence showing that secondhand smoke kills innocent nonsmokers.

When you are defending an industry under attack for killing people or harming the planet, science is your adversary. So Republicans take steps to neutralize it by litigating scientific consensus and scientific expertise.

And even though it might seem ludicrous to prop up the dying coal industry, since it is clear to everyone, most of all the residents of the coal-producing states, that many of its practices are destructive to the environment and human lives, the GOP is up to the task. Be bold—be best!

It helps that Republicans can back up their attacks on science with hundreds of millions of dollars, perhaps more. With total lack of transparency, the Koch network, Big Tobacco, the U.S. Chamber of Commerce, and their allies have funded nonprofit groups to elect politicians sympathetic to their positions and then ride these issues unrelentingly.

This largesse has launched lawsuits to stop government action on tobacco and climate change.

More importantly, it has funded the phenomenally successful movement to pack the federal courts with judges hand-picked to back the corporate position in almost every case.

And these donors’ magnum opus is the creation of a Supreme Court majority that is hostile to regulatory action on behalf of human health and the environment. 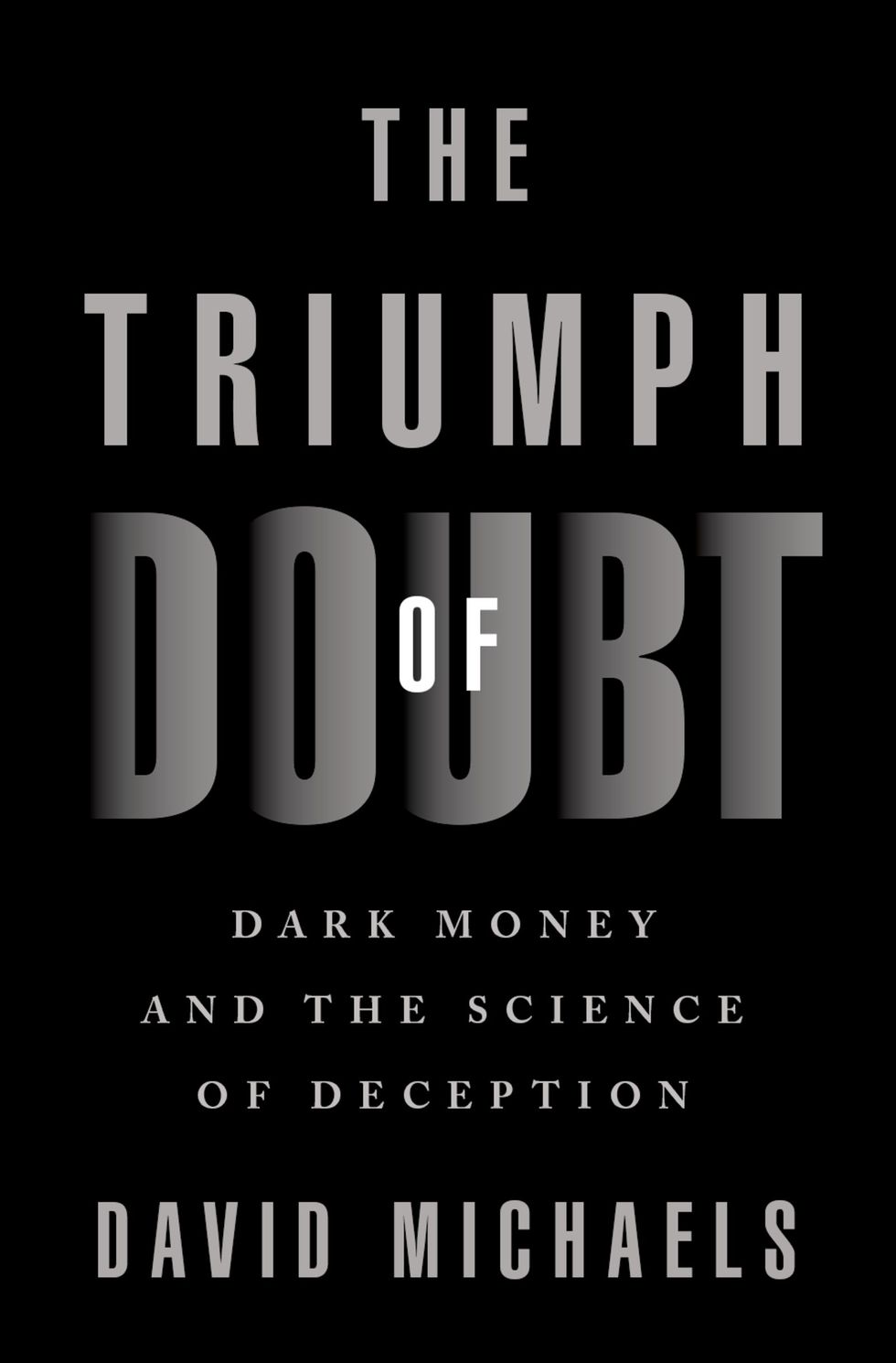 This is an excerpt from THE TRIUMPH OF DOUBT: Dark Money and the Science of Deception by David Michaels. Copyright © 2020 by David Michaels and published by Oxford University Press. All rights reserved.

David Michaels is a professor at the George Washington University School of Public Health. He served as Assistant Secretary of Labor for the Occupational Safety and Health Administration 2009-2017, the longest serving administrator in the OSHA‘s history. His book, The Triumph of Doubt, is out now.