No place is safe: Tiny bit of plastic pollute the snow, streams on iconic Mount Everest 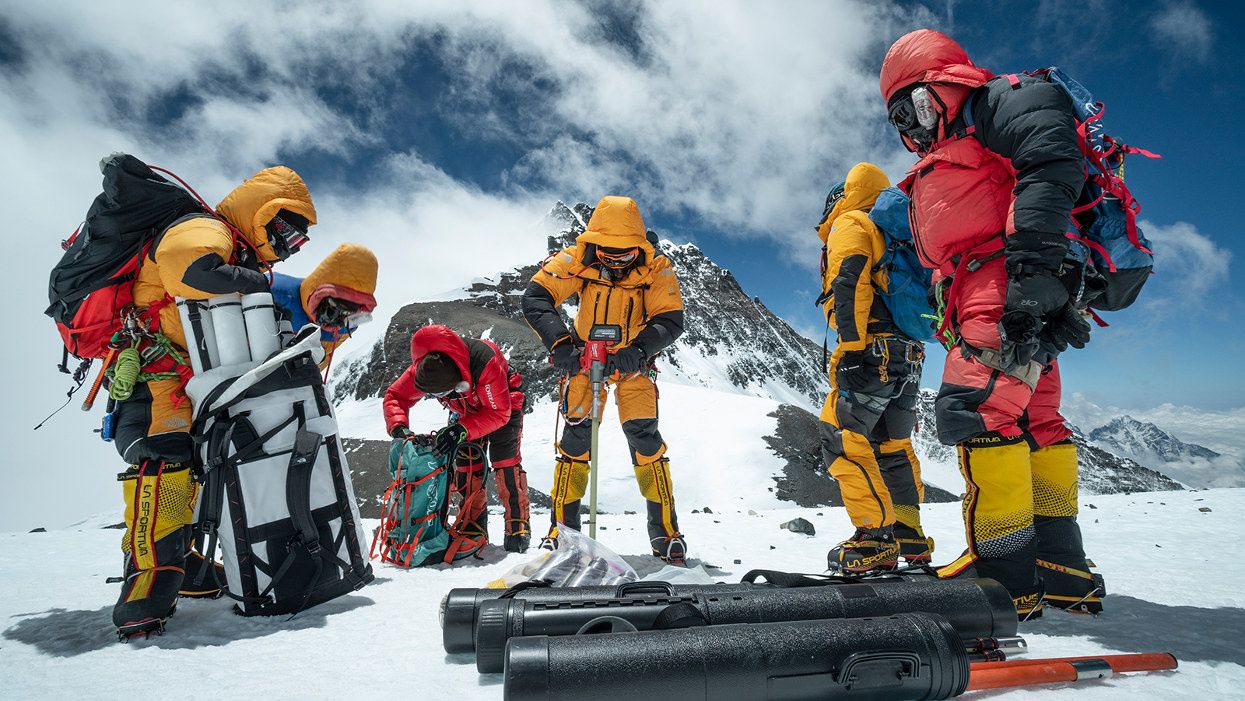 Scientists have found microplastics hidden in the snow and streams on the famous climber’s mecca, Mount Everest, adding to the concerning body of evidence that no place on the planet is free from these microscopic pollutants.

The research, funded by the National Geographic Society and Rolex and published today in the journal One Earth, is the first to document the presence of microplastics in snow and stream water on Mount Everest, the iconic peak famously first summitted by Edmund Hillary and Tenzing Norgay in 1953 and which was recently cleared of 24,000 pounds of trash. 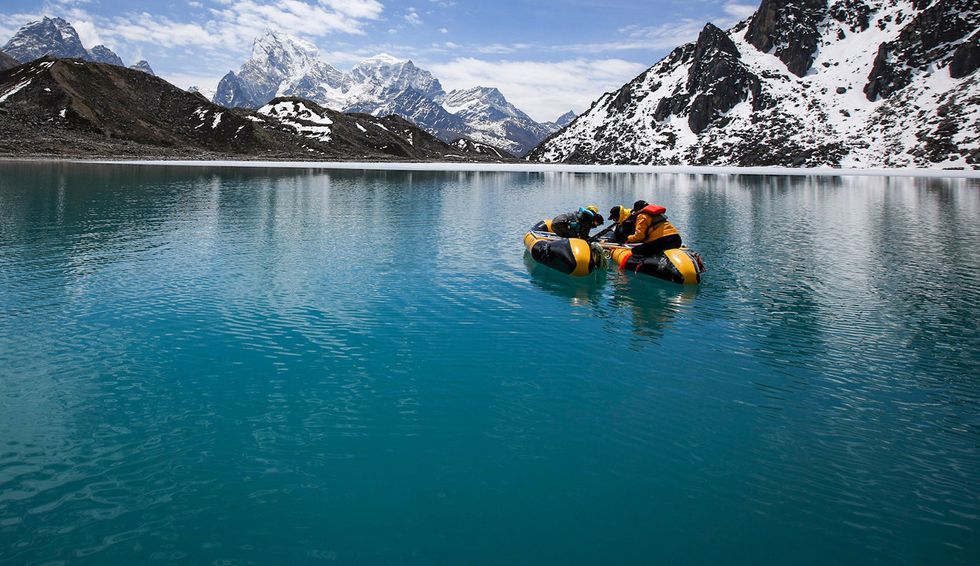 “Mount Everest is somewhere that I considered quite pristine and remote. But actually, it’s been called the highest junkyard on Earth in the last few years,” Imogen Napper, lead author and marine scientist at the University of Plymouth, told EHN. “And knowing that waste is on Mount Everest isn’t surprising, but no one had ever looked at microplastics on Everest before—the scary thing is we found microplastic in every single snow sample that we took.”

The most common polymers detected were polyester, acrylic, and nylon fibers, suggesting that the plastic pollution originated from clothing and hiking gear like ropes and tents. The next steps in the research, Napper said, would be to more precisely pinpoint the origins of these fibers, and maybe inspire innovation in industry and design to create better products.

While Napper and her team did not examine potential effects these fibers could have on the mountain ecosystem, previous studies have shown that microplastics in ice can increase albedo levels which could amplify ice melt, and in water can transport toxics— such as PCBs or pesticides, which bind to the plastics— to marine life.

Napper’s analysis adds to an unfortunate trend—scientists are realizing that there is likely no place on Earth free of microplastic pollution. 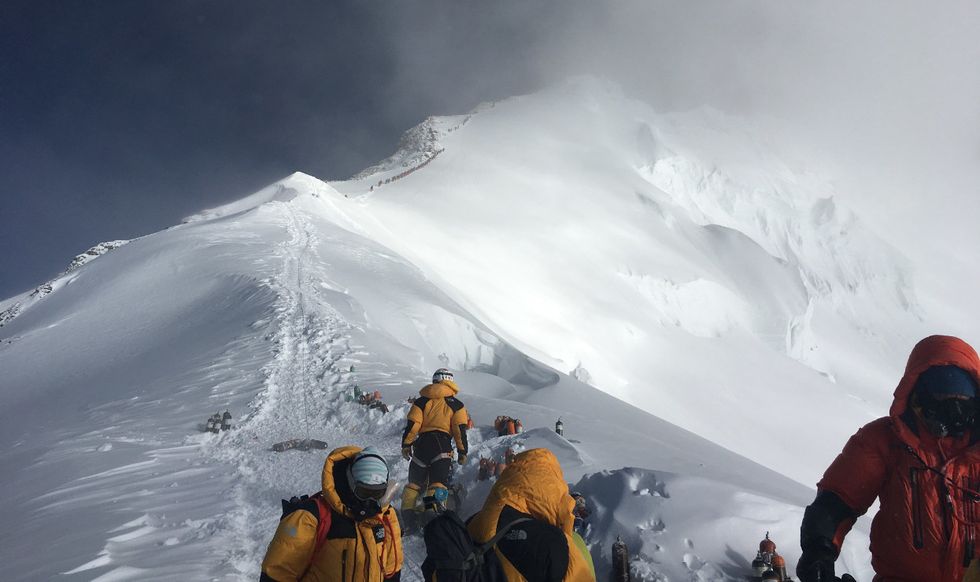 Matthew Rillig, an ecologist who studies microplastics in terrestrial ecosystems at the Free University of Berlin who was not associated with the new research, told EHN he was not surprised. “There have been a few papers over the years that show that microplastic is basically raining down from the atmosphere,” he said. “So I don’t know where you’d have to go to get away from that.”

Rillig doubts that there is any place on Earth that is microplastic free, let alone a place that consistently gets hundreds of hikers a year. Regardless, he said, it’s good to keep conducting as many of these measurements as we can as he hopes scientists will be able to assess how these microplastics are affecting the ecosystems, and how concentrations of these materials might change in the future. 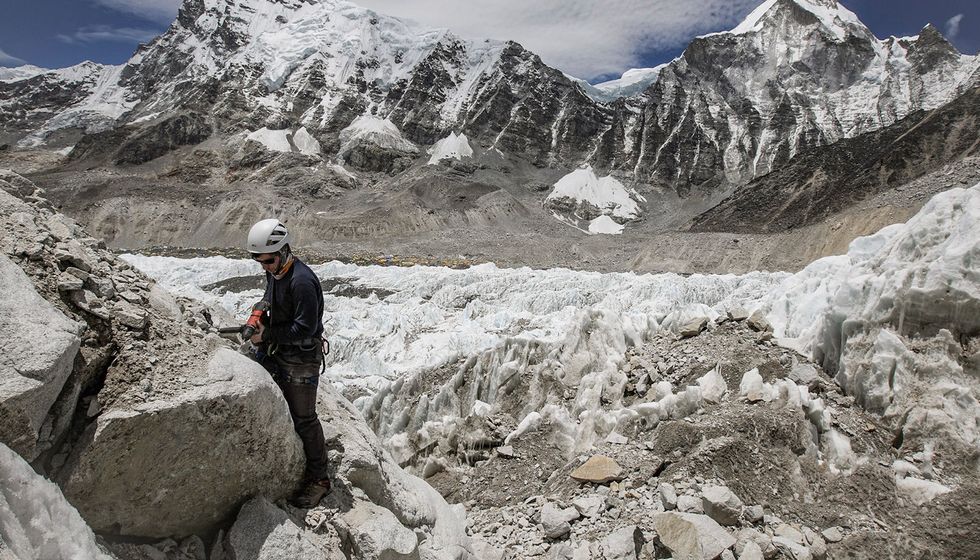 The research was limited in that they took a small number of samples—a product of the logistical challenges in collecting materials in a place like Mount Everest. The inaccessibility of the site makes it a physical strain on the researchers, Napper said.

Even with a team of 34 scientists conducting research on the mountainside for nearly two months, there was a limit to how much they could carry and take. All the snow and water samples were flown off the mountain by helicopter. They arrived at Napper’s lab at the University of Plymouth shortly after, where she conducted microscopy analysis—”unfortunately, the closest I got to Everest was actually my lab in the University of Plymouth,” she said, “though I was quite excited, waiting for the parcels to be delivered.”

Napper said she hopes that finding plastic at the top landmasses on Earth spurs scientists and the public alike to take the issue of microplastic pollution more seriously. “This research is not the end of the story, it’s very much the first page of a chapter. And hopefully, it will lead to more work on how and why we need to protect our planet.”

All photos used with permission from the National Geographic and Rolex Perpetual Planet Everest Expedition.