Hot roads and roofs send harmful pollution into the air 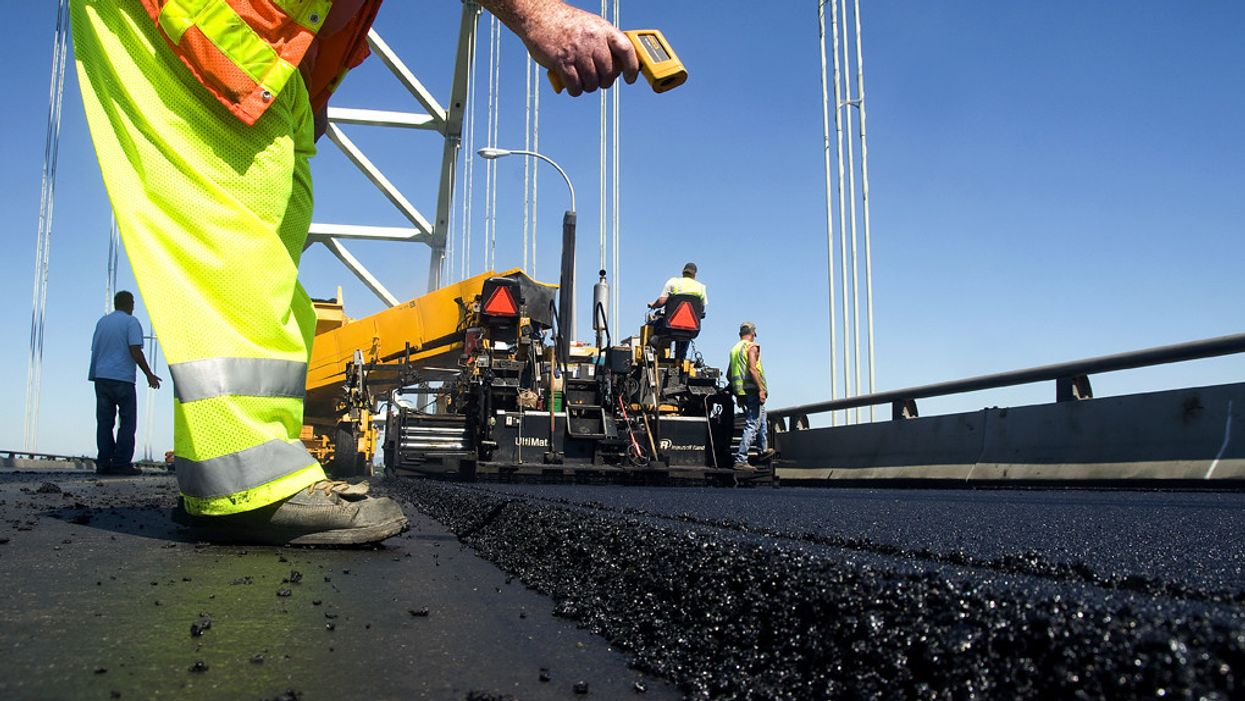 We all know cars and trucks spew pollution into the air—but it turns out what’s underneath their tires do as well.

Asphalt—a petroleum product used on roads and roofs—is a significant source of harmful chemicals that end up contributing to ozone and particulate matter pollution, according to a study published today in Science Advances.

The researchers found the emissions from asphalt are highest on hot, sunny days. While producing asphalt is a known source of pollutants such particulate matter, sulfur dioxide, nitrogen oxides, carbon monoxide, and volatile organic compounds, the asphalt industry has said pollution from applied asphalt is negligible.

The findings are important as most states and cities have tackled combustion sources of air pollution—such as cars and power plants—but have neglected to take asphalt emissions into account.

“Asphalt at typical application and in-use temperatures emits a complex mixture of organic compounds that span a wide volatility range,” the authors wrote.

In addition, when road asphalt was exposed to solar radiation, which mimics sunlight, emissions increased 300 percent. “That’s important from the perspective of air quality, especially in hot, sunny summertime conditions,” said Peeyush Khare, a researcher and graduate student at Yale University and lead author of the study, in a statement.

Asphalt releases organic compounds that are precursors to secondary organic aerosols, which contribute to particulate matter pollution (PM2.5). PM2.5 consists of toxic airborne particles much tinier than the width of a human hair, and is linked to a variety of health impacts including respiratory and heart problems, birth impacts and altered brain development for children.

Such emissions are important because asphalt is so widespread—cities’ total surface areas are, on average, 45 percent paved. The U.S. alone uses about 27 million metric tons of liquid asphalt each year, according to a recent report.

Khare and colleagues estimated in Los Angeles, for example, asphalt’s potential to emit secondary organic aerosols is comparable to vehicles.

Drew Gentner, as associate professor of chemical and environmental engineering at Yale University, said that asphalt is just one source of secondary aerosols in cities, as personal care and cleaning products are other common sources.

Asphalt is “another important non-combustion source of emissions that contributes to secondary organic aerosols production, among a class of sources that scientists in the field are actively working to constrain better,” Gentner said in a statement.

Banner photo: A crew member checks the temperature of the asphalt. (Credit: Oregon Department of Transportation)